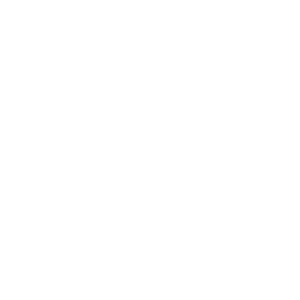 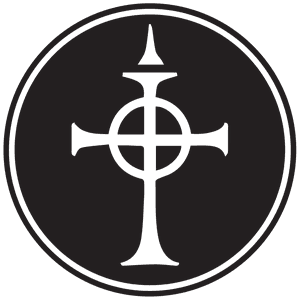 Will the Church Be Silent?

I am not good with names. Ask anyone who knows me, and they will tell you that. I probably will not remember George's name nor the names of many of the black men who have died. But I will never forget George Floyd's lifeless face as he was flopped onto a stretcher like garbage pickup. The testimony of the paramedics who received his body is accusation enough to accuse George's killer, "Medics performed pulse checks several times, finding none …."

If you have not seen reports in the news, on Monday, May 25, George Floyd died after eight minutes of a police officer's knee pressing into the back of his neck while he patiently pleaded with the officer that he could not breathe. Of all the videos and body cams in recent years involving apparent police violence, I am struck by how violent eight minutes of nearly no movement can be. I do believe, against the pressure and hastiness of our social media culture, that, even if something seems obvious and clear, we should still be patient and deliberate in our speech and writing. I hope that the following words are both the fruit of patience and deliberate in faithfulness.

I can't continue to write this article without breaking for a moment. Not one word that I write should be taken as a blanket accusation of law enforcement. Not only would it be wrong to accuse an entire group because of the actions of a particular individual, but I am also not equipped with the information to make such an accusation. At the same time, it would be equally wrong to ignore the wrong of an individual because he is a member of law enforcement.

Unless something radically unexpected comes to light regarding the incident between the police officer and George Floyd, this officer's actions are nothing short of murder.

Let the words of Minneapolis Mayor Jacob Frey ring in our ears for their shocking clarity. In response to the question, "Do you think that it was murder," the mayor states, simply, "I do. The arresting officer killed somebody. As to the precise charge, I'm not going to get into that."

Occupying a Place of Power

At the core of what is wrong about sin is that it is an attempt by the created to assert power over the Creator. It is an occupying of a place of power that does not belong to us. When I watched the video, literally watching George Floyd's breath casually pressed out of his lungs, I could not help but think that this police officer is taking a position of power that does not belong to him. Yes, he has power and authority. Thank God he has power and authority to defend the helpless and to uphold the law. But, he has no right to destroy the helpless, and in so doing, he breaks the law.

Did the police officer know what he was doing? While I find it hard to believe that any human could knowingly commit such callous violence in plain view on a crowded street, our black brothers and sisters will quickly tell us that it is not at all that hard to believe. And this is the deeper layer of tragedy.

Lord, I love your justice. And I am thankful that you have established authorities in our world to uphold the principle of justice. But, Lord, in your mercy, please, give us justice for all.

Part 2: Will the Church Be Silent?

I have discovered, from hundreds of tweets and articles written in recent years, that the question of whether or not the church will be silent really means, will the pastor say anything on Sunday. I hope, in the next paragraphs, to offer my hope and intentions for CrossPointe Coast in moments like these in our world.

One of the main reasons I do not often spend time in Celebration Services commenting on the litany of injustices that appear in the news cycle (racism, ethnocentrism, domestic abuse, abortion systemic poverty, abuse of power, refugees, immigration, so much more …) is because I want the church, which has been equipped with gospel clarity, to literally "go and be the church." I hope that you have noticed at CPCoast that there are not many throw away words. I really do mean that; I commission you, in the name of the Lord, and with his blessing, to "go and be the church." I want you to apply the implications of the gospel to these specific areas of life and culture.

In recent years, rarely have I mentioned much along the lines of current events in Celebration Service. That said, the times that we have deviated from that practice have almost always been around race and ethnic hatred. There is a peculiar evil to this sort of abuse of power and division. It runs deeply counter the gospel that has saved us, in which the Christ laid aside his glory to humble himself, even to a shameful death on a cross.

There are times that the gospel's implications must be made just as clear as the gospel itself. We must be so clear and specific about the meaning of God's justice and mercy on display in the gospel that injustice and a lack of compassion must feel profoundly out of place in the lives of all those gathered at CrossPointe Coast. The cross, in Christ's sacrifice, is the place that reveals not only the deepest, most humble mercy and compassion, but the cross, in Christ's brutal death, is also the place that reveals God's absolute hatred and judgment upon wickedness. The cross itself becomes, for all who behold it, our standard of justice and mercy. It reveals to us of the mercy of God upon all who turn to him in faith, and it warns us of the justice of God that awaits all who continue in wickedness.

Is CrossPointe Coast silent? We can, and with patience and passion, we must speak. Everything that our eyes see in the video of George Floyd's death should make our mouths speak, "That is murder! Murder, beyond a reasonable doubt." So we see, and so we must speak.

But I tell you, as important as such words are, I have seen far more powerful words spoken among the partners at CrossPointe Coast. I have seen brothers and sisters slow to accuse others who have wronged them. I have seen households reach out to the marginalized and despairing. I have watched children brought into homes to be loved and discipled. I have seen those who have spoken harsh words turn quickly in repentance only to hear the gospel of grace poured over them like a balm.

Is CrossPointe Coast silent? No, you are not. I have been listening to your lives of justice and mercy, compelled by deep gospel fluency, and it moves me. I will keep preaching if you will keep speaking.

Considering the Our Theology and Life Together

Considering the Our Theology and Life Together 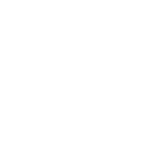